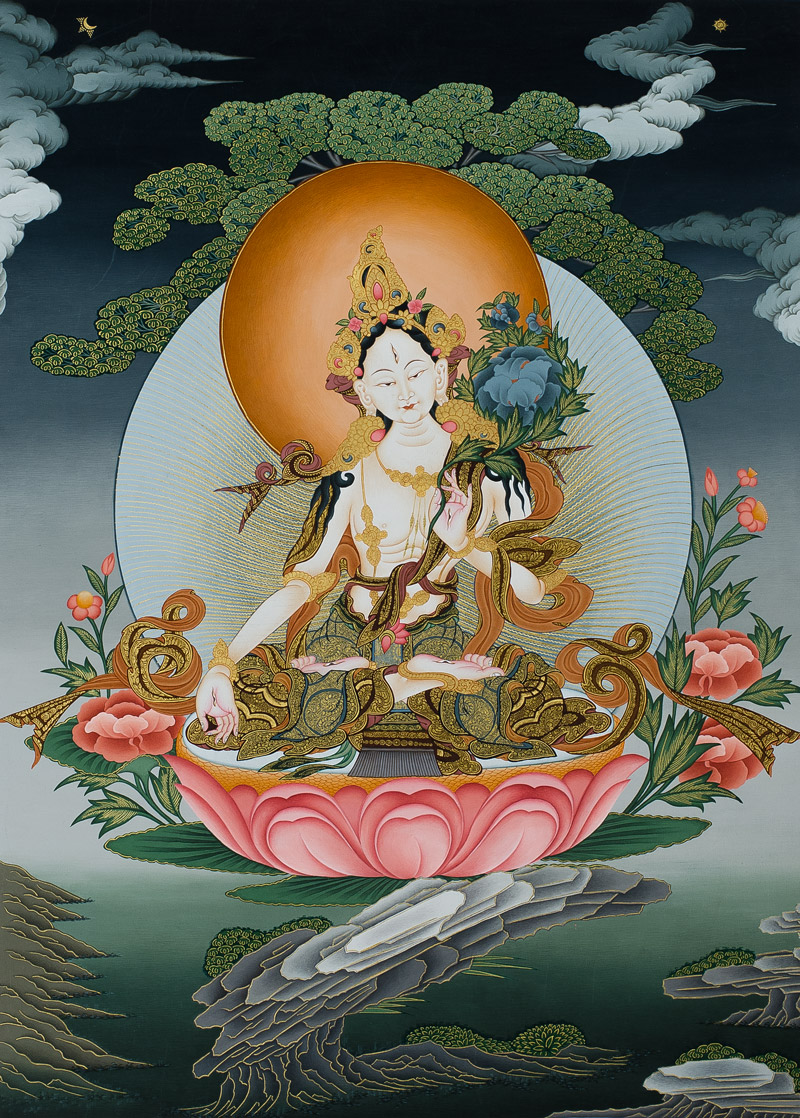 There exists many different stories as to the origin of the White Tara, but we must remember that she is first and foremost one of the 3 deities associated to long life. Easily recognized by her White skin, which in this case represents liberation from the veils of ignorance and internal conflict. If you look carefully at the painting on the left you will see that she has 7 eyes, one on the palm of each hand and each of her soles - these 7 eyes each hold their own symbolism. The three eyes on her face represent that she sees reality throught the 3 doors of  liberation: emptiness, wishlessness and formlessness. Her other four eyes represent that she incites compassion by her infinite love, infinite compassion, infinite joy and equanimity. She does share traits with the Green Tara, such as;

According to the "Origin of the Tantra of Tara", a 16th century text written by the Tibetan historian Taranatha, many kalpas (eons) ago there lived a Princess who for 10 million years prayed and made offerings to the Buddha. She began to make the Bodhisattva vow only to be told by the monks, that she should first pray to be re-incarnated as a man.  She paid little heed to these comments and remarked that enlightenment is nor man nor woman. She then declared that "Many wish for Enlightenment in a male body, but no one strive for the good of all in a female body. It is for this reason that, until Samsara is empty, I will strive for the good of all beings,in a female body." So, for the next 10 millions years she meditated until she reached enlightenment and could liberated 10 millions beings each morning and night. This is how she became to be know as Tara - which means Liberator. 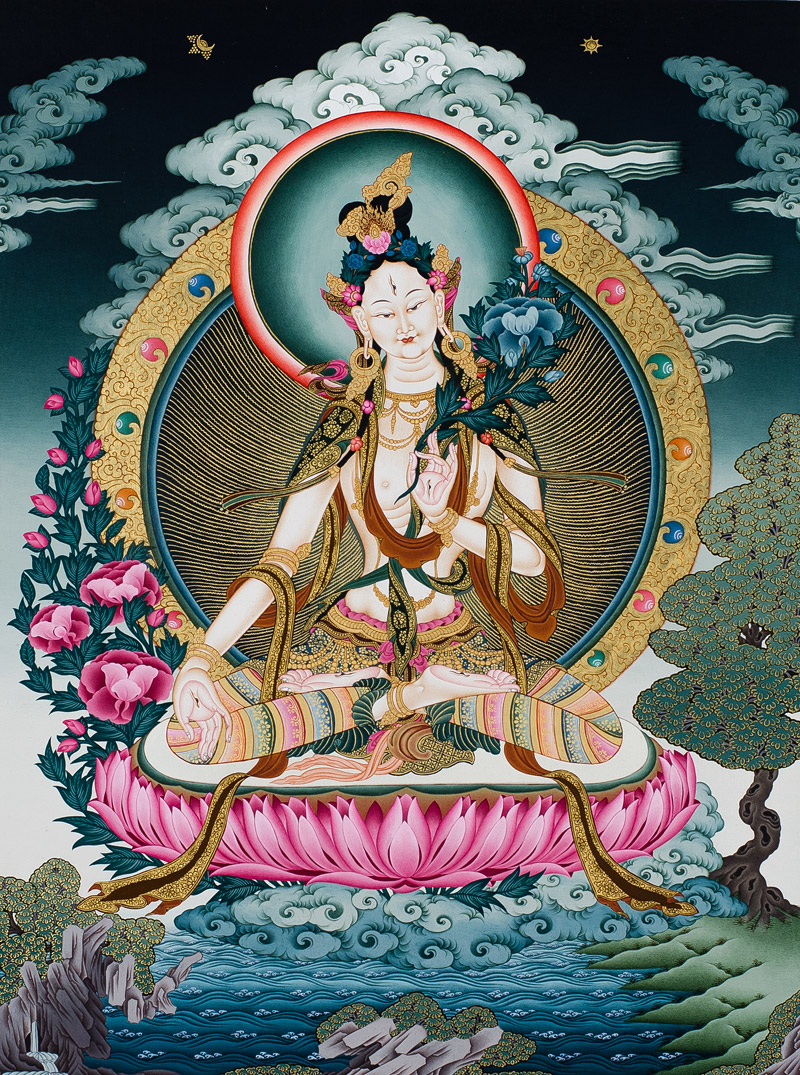 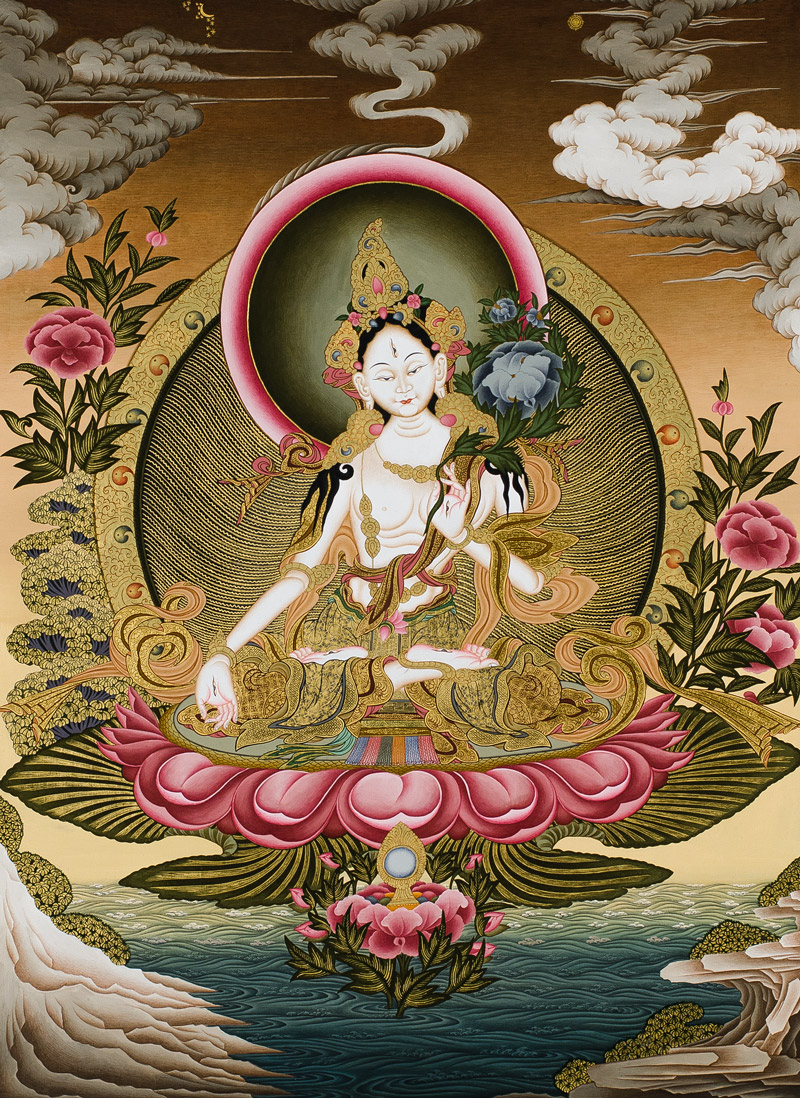 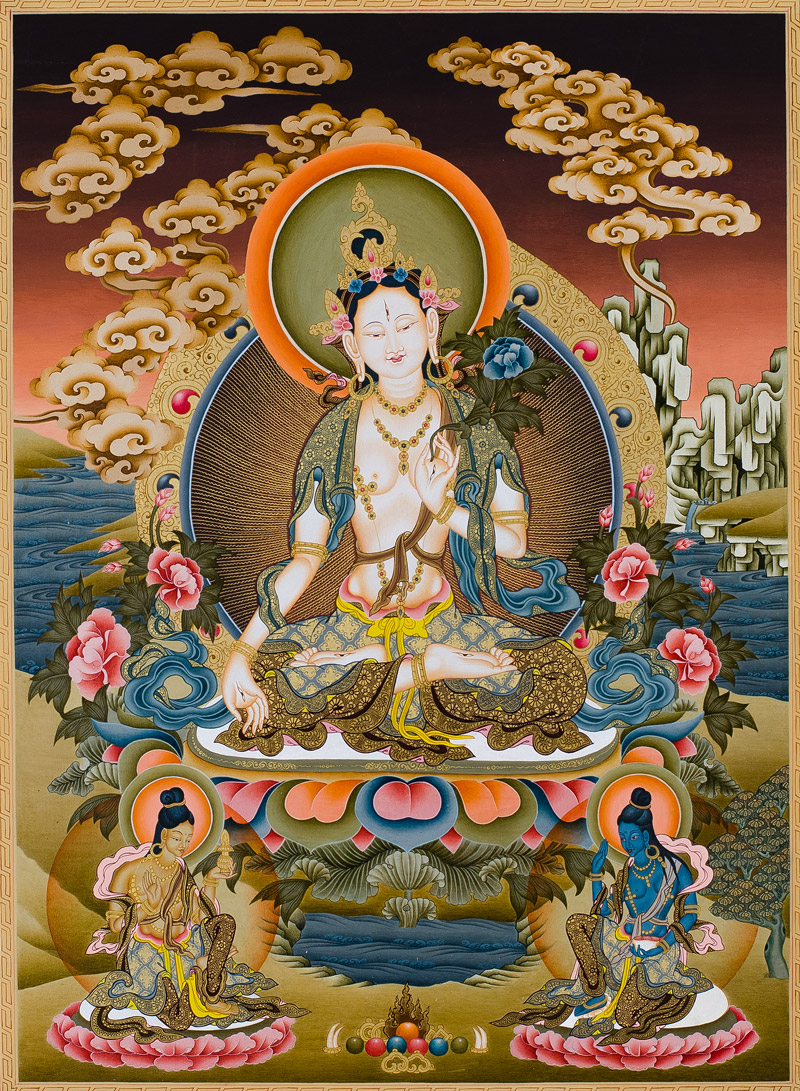 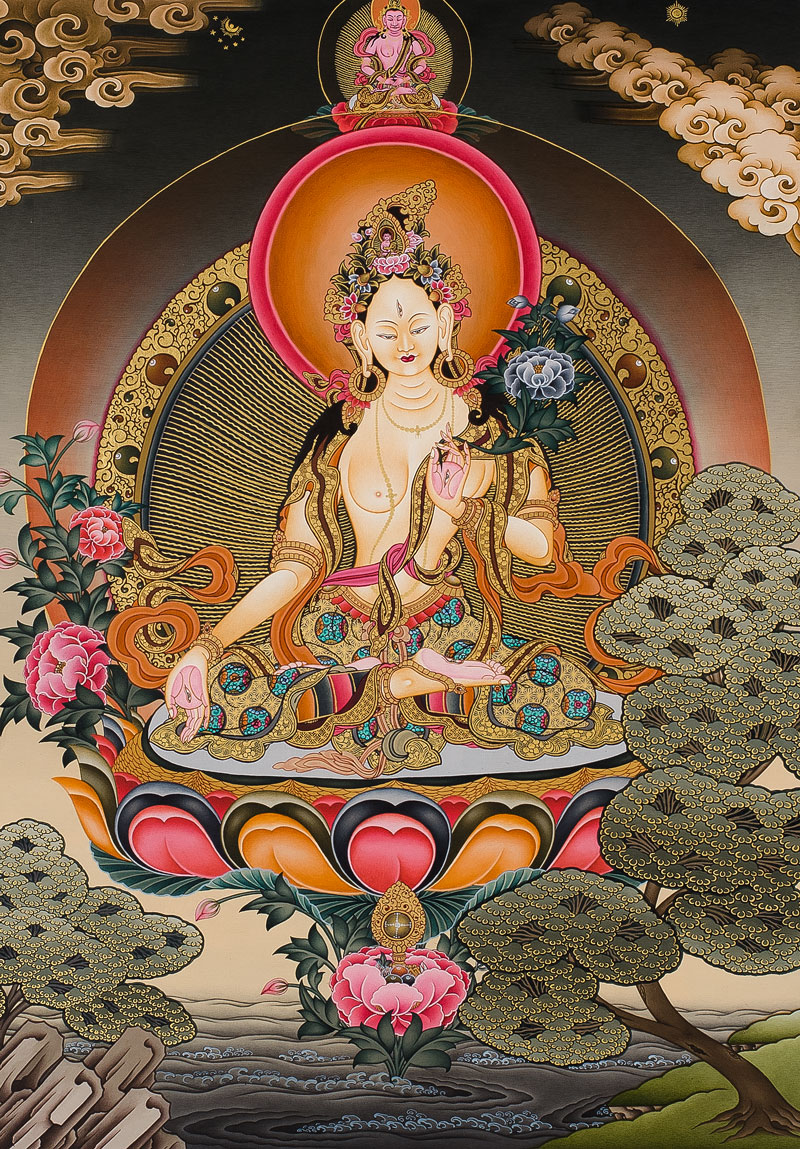 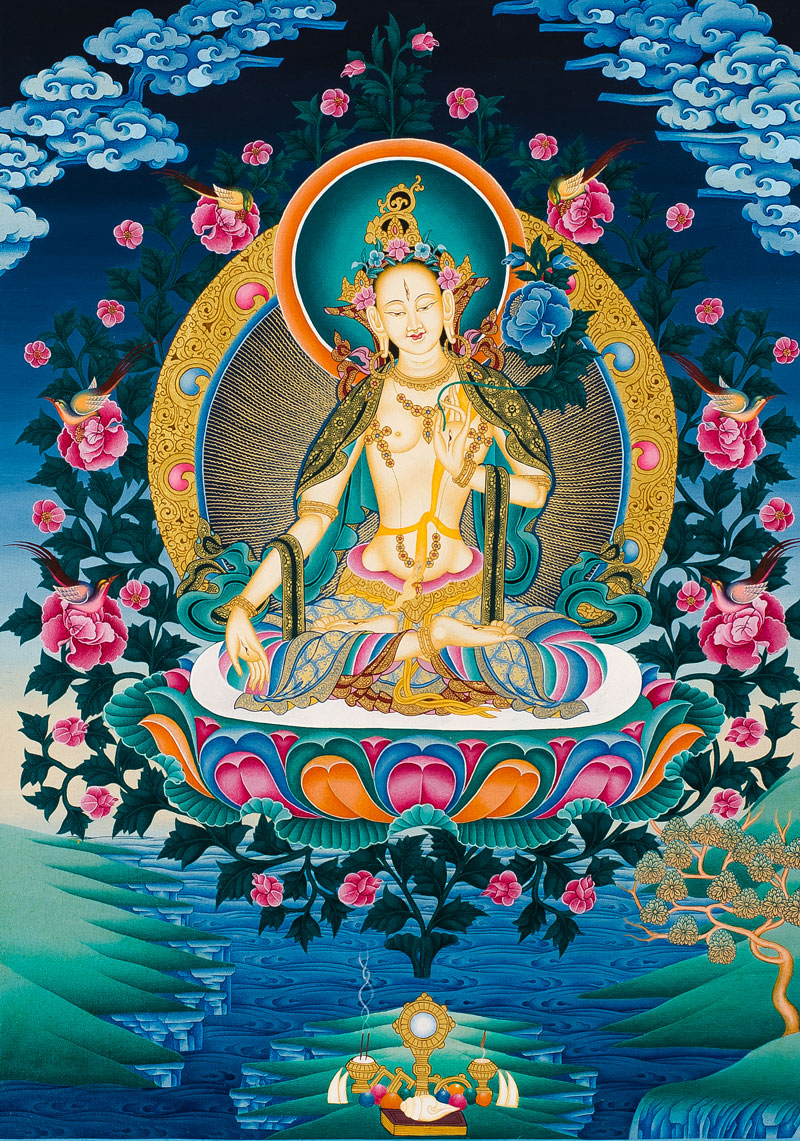 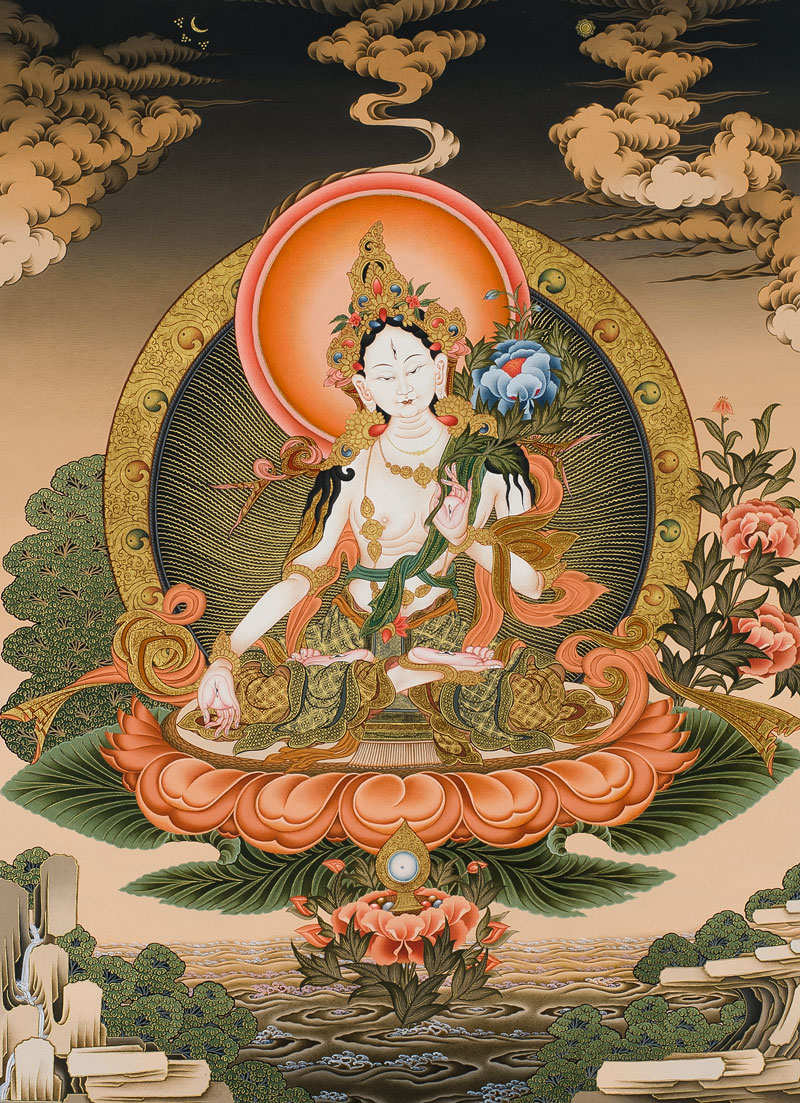