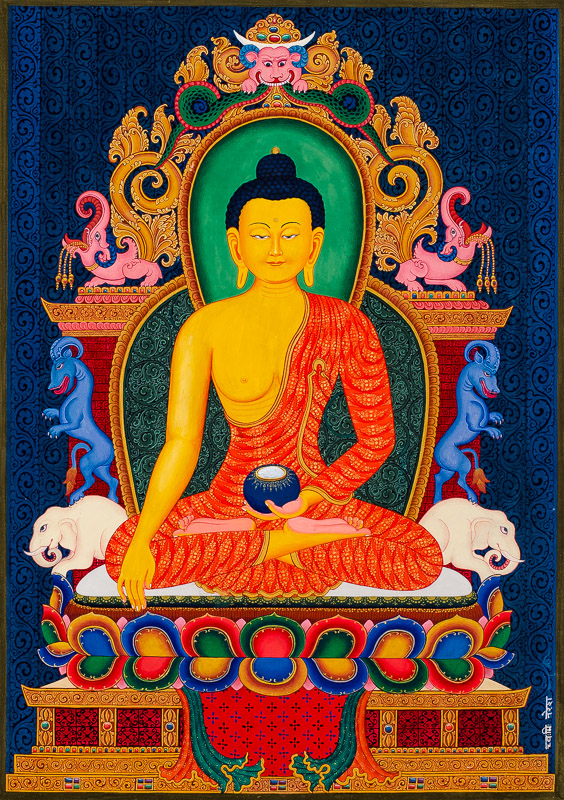 Pauba is an artform that took birth in Kathmandu, Nepal many hundreds of years ago. It is in fact Pauba that gave birth to the modern styles of Tibetan Thangka. The rapid growth of Buddhism in Tibet, and the marital alliances formed between the two kingdoms in the later part of the 7th century A.D meant that many artist and artisans from Nepal came to Tibet. Which is why many of Tibet's sacred Buddhist sites date from after this period.

Paubas are painted in a very specific style, with little emphasis on realism these paintings are usually composed of a central deity surrounded by other deities, on a detailed patterned background as you can see on the image here. When visiting temples dating prior to the 14th century almost all frescoes will be painted in this style.

Specific to the artisans of the Kathmandu valley this artform has evolved over the years with the influence of contemporary european styles particularly impressionism.